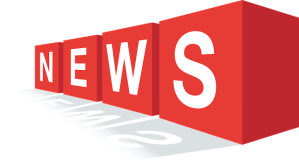 Hi, everyone.  I’m very excited to report that Twelve Hours Later is about to be re-released!  This charity anthology was created by the Treehouse Writers to support the San Jose Public Library System.  We did it ourselves as a one-off, but it was subsequently picked up by the good folks at Thinking Ink Press.

The official release date is March 24, 2017, but you can pre-order.  Particulars are here. 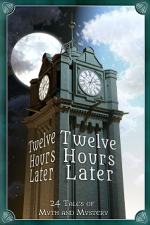 I have two stories in the anthology:  Nous Sommes Deux Heures and Nous Sommes Quatorze Heures.  Those of you who have been begging for more tales of Erik LeMaître, the Phantom of the Opera, will be very happy indeed.  Here’s a little sample to whet your appetite.  Enjoy!

Lucien Dubois was always glad when the ormolu clock set in the fireplace at his end of the Opera Garnier’s Grand Foyer rang the two o’clock hour. It meant that the patrons and their parties were long gone and that he could remove his wig and livery. His work was far from over, though. There was the floor to sweep and the ashes to be cleared away so that a fresh fire could be laid before the next performance.

Lucien enjoyed serving in the Grand Foyer; it gave him a chance to hear the well-to-do folk talk about the sets he had helped build. Servants were treated as though they were invisible, but no one knew his name anyway.

At twenty years of age, Lucien was also one of the senior apprentices in the set shop; he was a gifted woodworker already, specializing in the miniatures used to create a set. He sometimes joked that it was in his blood; Dubois literally translated to “of the forest.”

Usually, Lucien finished his duties in the Grand Foyer and then went back to the dormitories where he lived with his fellow apprentices. Tonight, he had other plans.

Lucien had heard rumors of an actual house in one of the lower cellars of the opera house. Tonight, after all of the chandeliers were dark and the fireplaces empty, he planned to find out the truth of the matter.